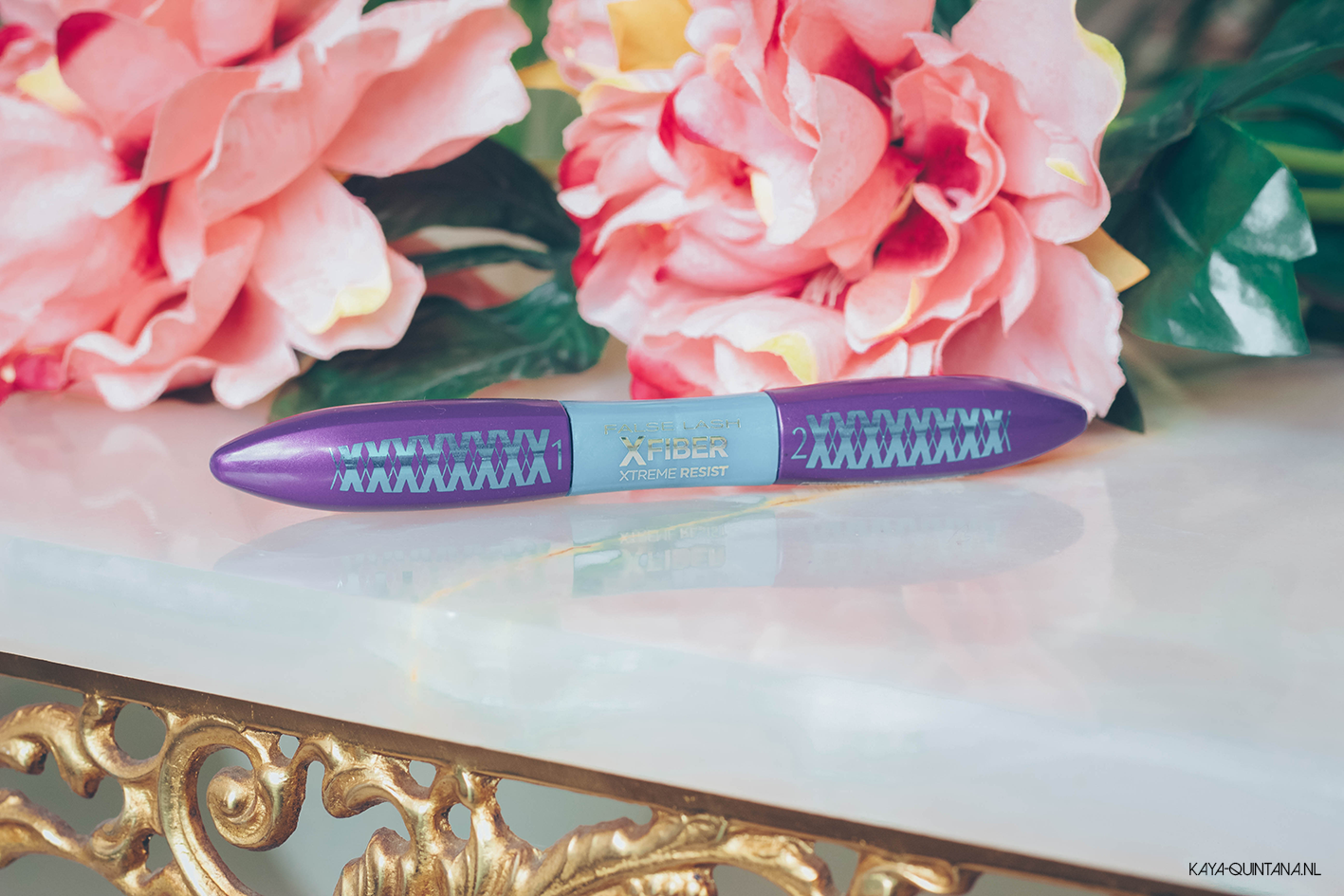 Sigh… Having short and straight lashes is a real challenge. A lot of normal mascara’s just don’t cut it, that’s why I always look for lengthening mascaras with a waterproof formula. A good mascara that actually holds the curl can be quite expensive. That’s why I didn’t feel like buying my favorite Faux cils mascara by YSL again. That mascara costs around €30 and that’s not a problem for me. What is a problem is that it dries out way too fast. That’s why I decided to try the new L’oreal False lash x-fiber xtreme resist mascara. 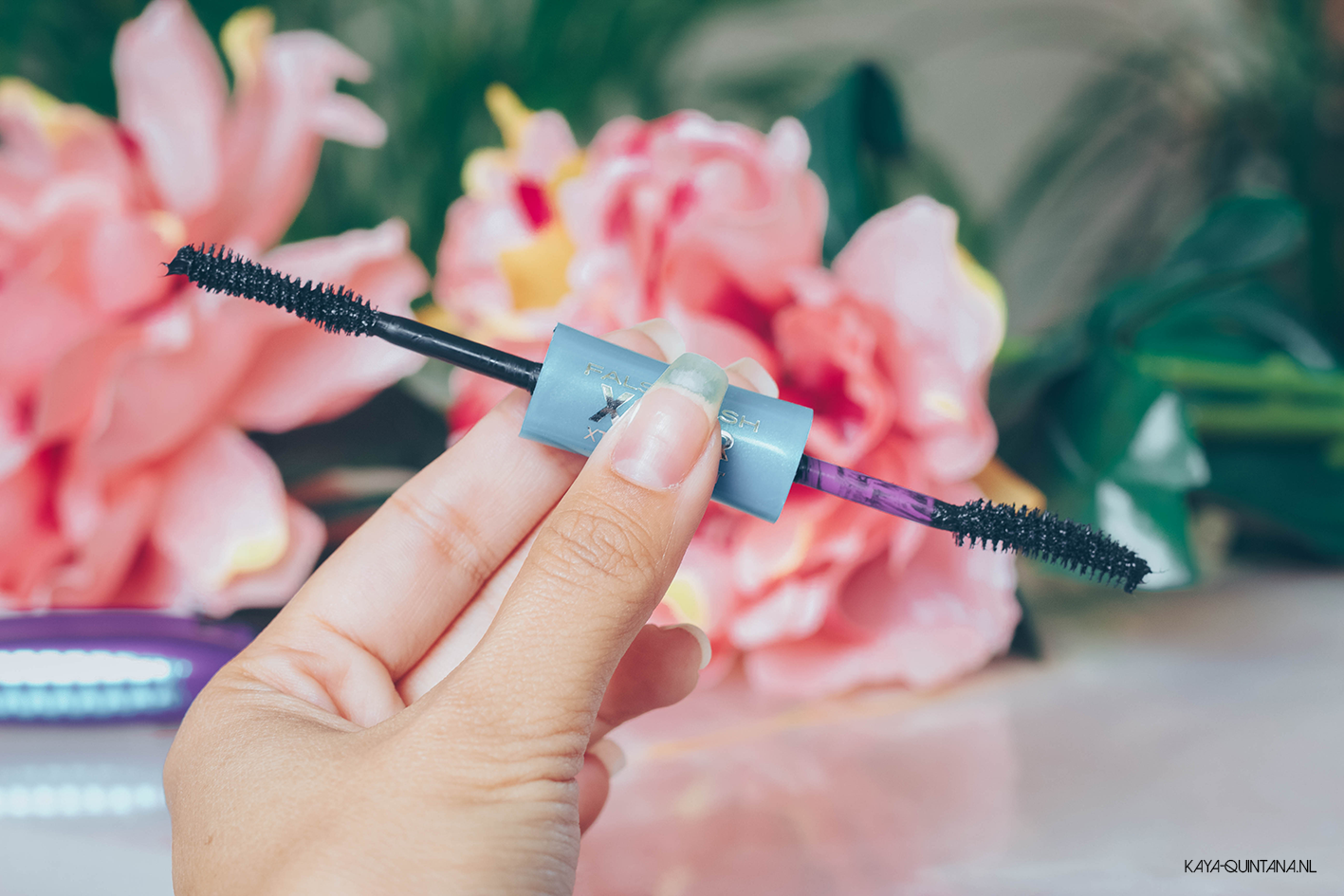 This mascara is still quite expensive for a drugstore mascara, it’s priced at €18,99. That’s why I bought it during a 2 for 1 deal and saved myself some money. It’s still a bit cheaper than my favorite YSL mascara. But is this drugstore mascara worth the money? I definitely think it is. I’m usually not a fan of double ended mascaras. Mostly because I always end up using one side more than the other. In this case I’ve actually been using both steps of the L’oreal False lash x-fiber xtreme resist mascara. 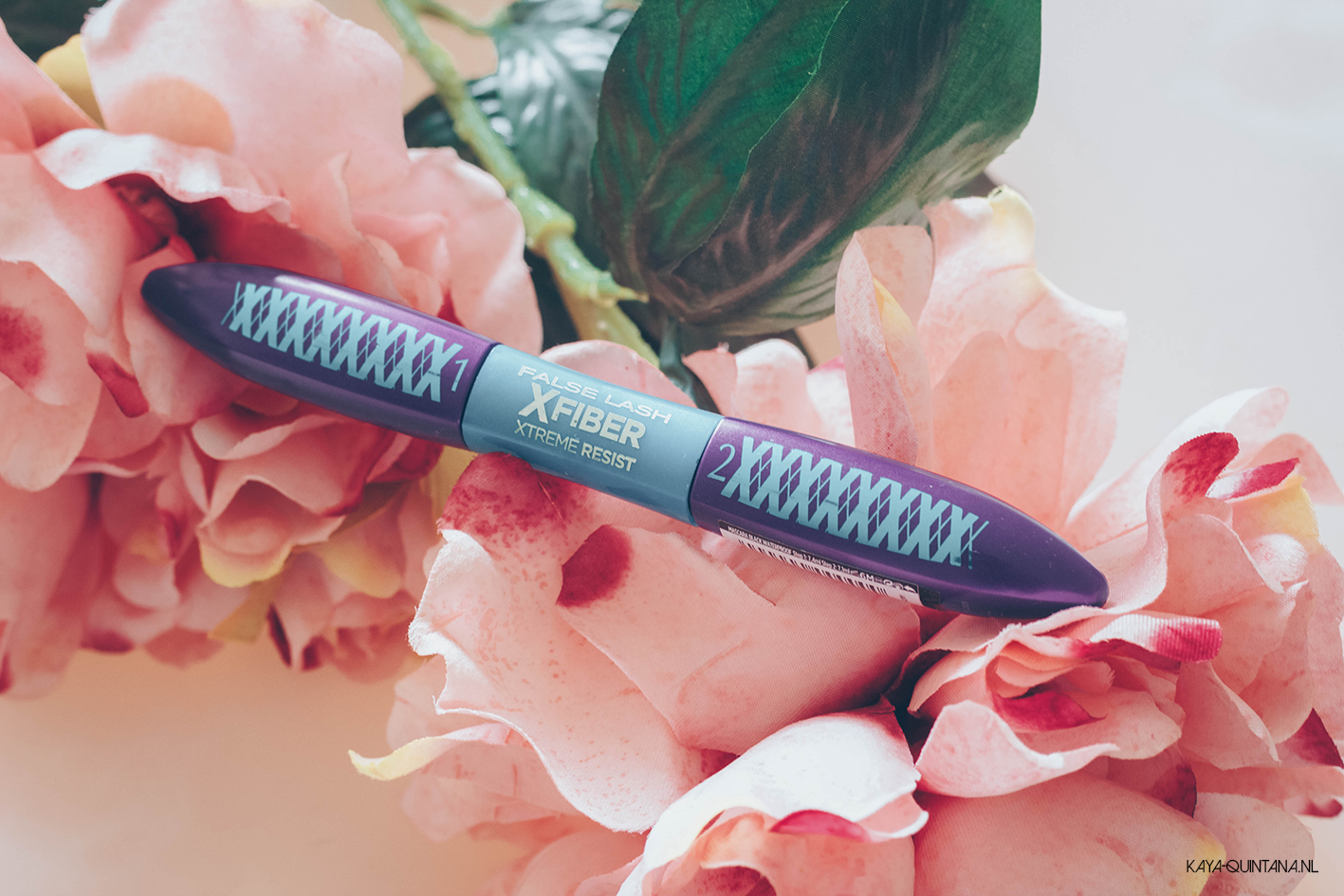 Step number one is called a primer, but it’s a normal lengthening mascara in my opinion. The second step is a mascara formula with fibers for extra volume. and these are fibers that actually work and don’t irritate my eyes. I use my lash curler first and then add about three layers of the lengthening mascara. Then I wait for a minute or two and add the step two mascara for some more volume. The waterproof formula really holds the curl all day, even in the gym during a workout! I haven’t seen it smudge yet either, so that’s a really good sign. 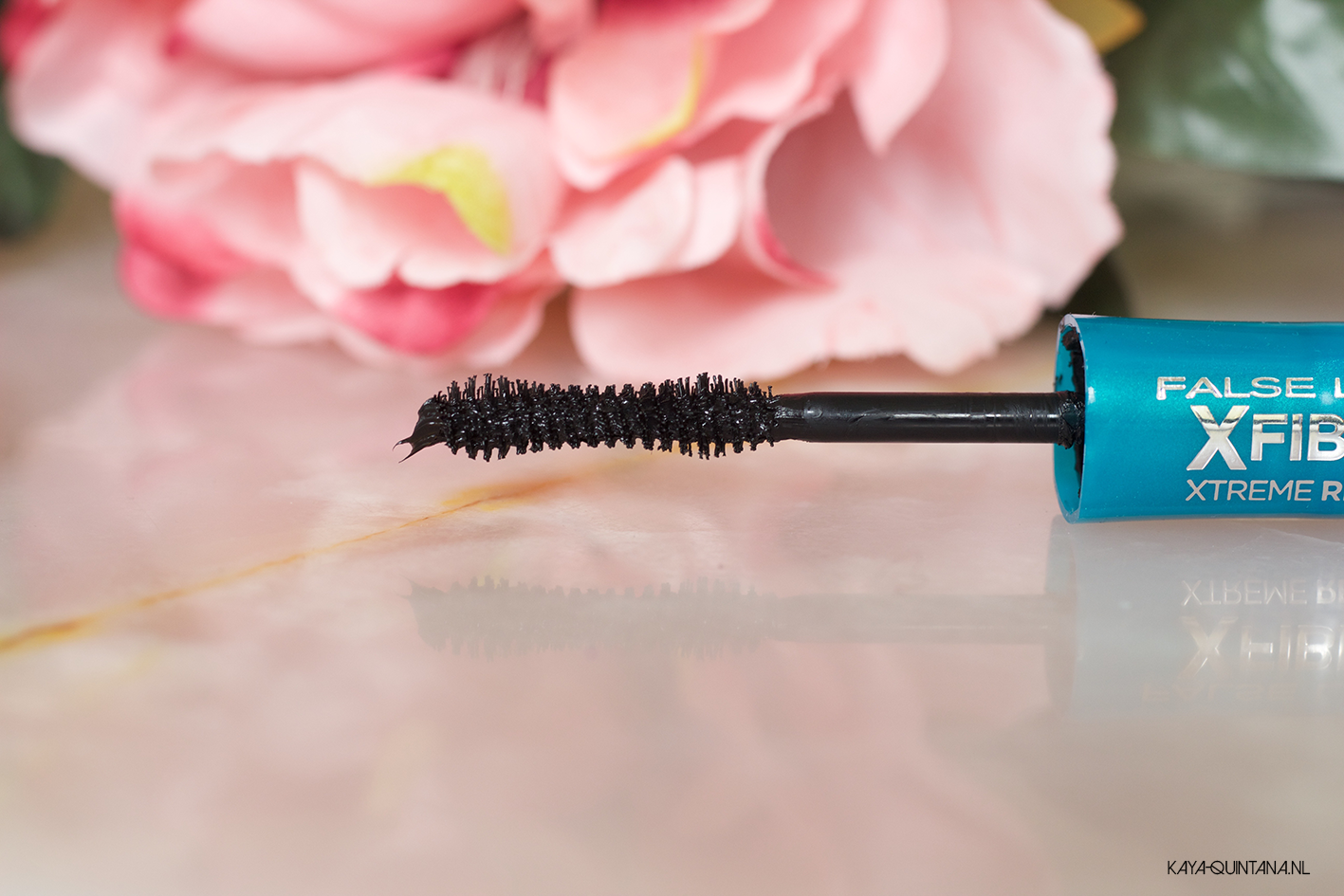 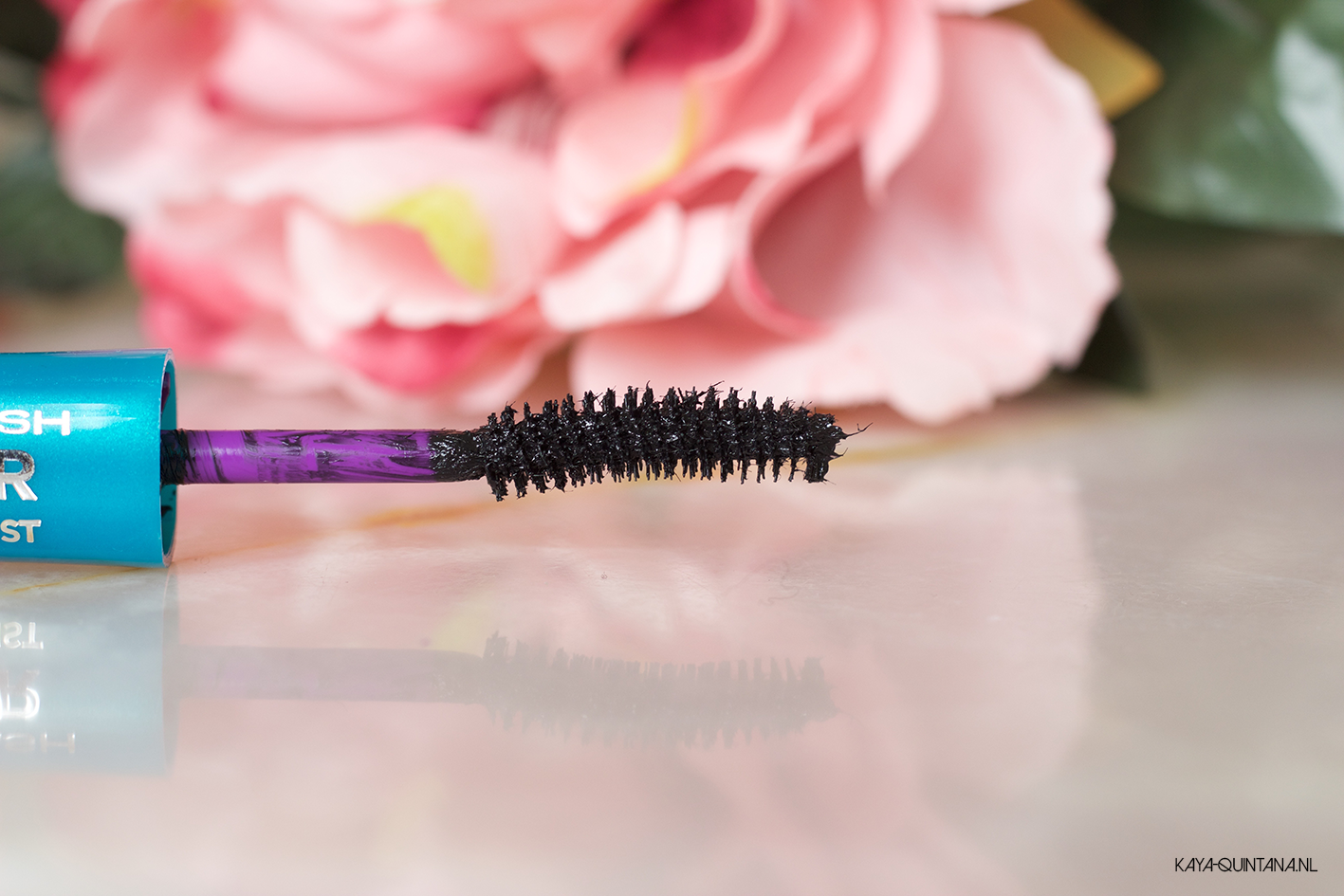 As you can tell by the pictures, my lashes really are very short and straight. The L’oreal False lash x-fiber xtreme resist mascara does make a good difference. Without this mascara my lashes aren’t even noticeable. I’m personally very happy with this mascara and I will buy it again. If you already have thicker and longer lashes, this mascara will probably make them look even better. You don’t even have to use step number two all the time. I sometimes use step one only, if I want a quick coat of mascara on my lashes. 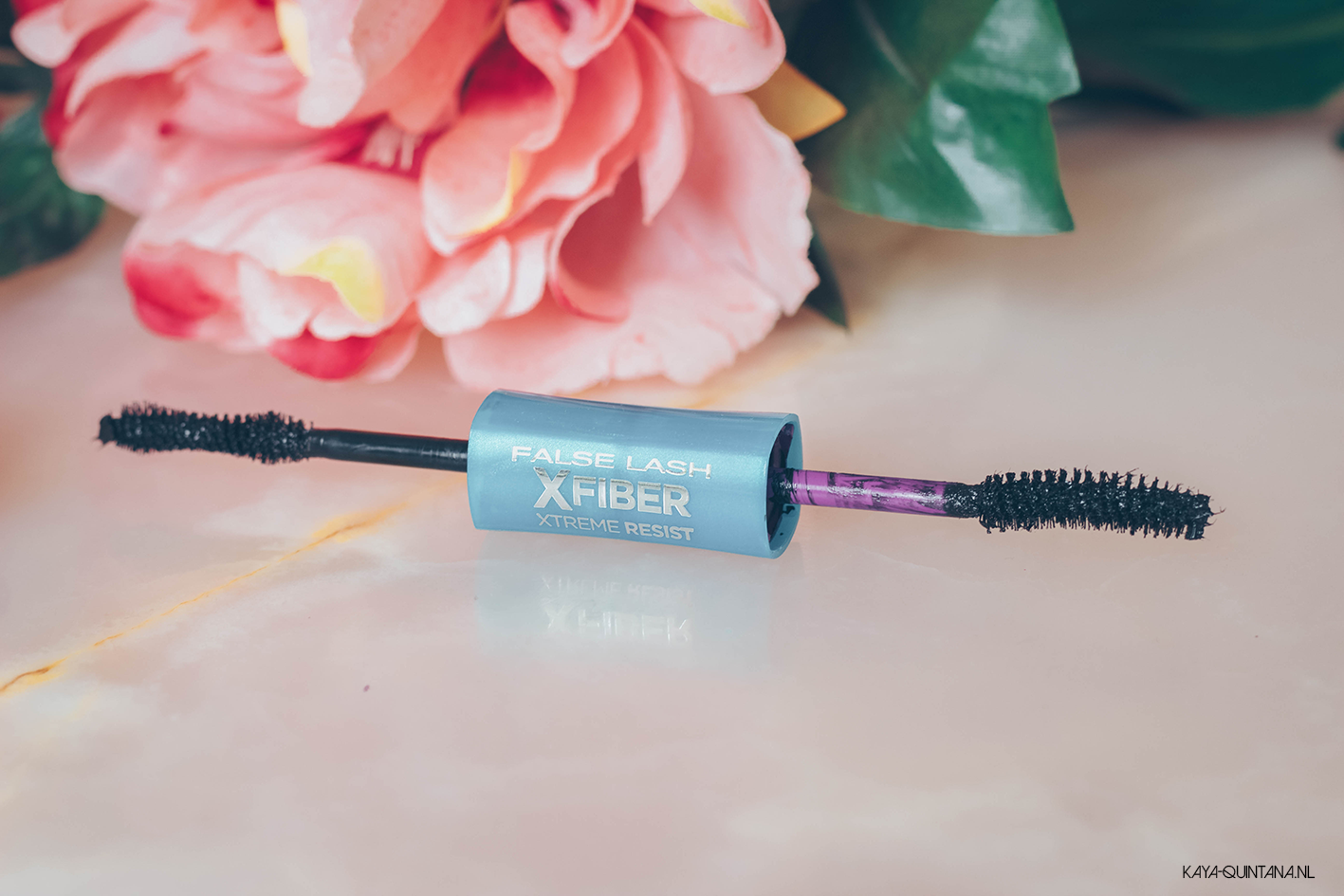 The second step makes it easy to add a bit more volume and drama. Which I love for my glam looks. Whenever I wear eyeshadow I need more mascara, so step two comes in quite handy. Just one more thing, because most waterproof mascaras are very hard to take off. Even when I use my favorite Take the day off make-up remover by Clinique. But the L’oreal False lash x-fiber xtreme resist mascara is pretty easy to remove. I don’t have to rub my lashes too hard to clean them. Which is very important to me, because I don’t want my lashes to fall out.

I definitely will repurchase this mascara, how about you?

P.S. Follow me on Bloglovin for more make-up reviews. 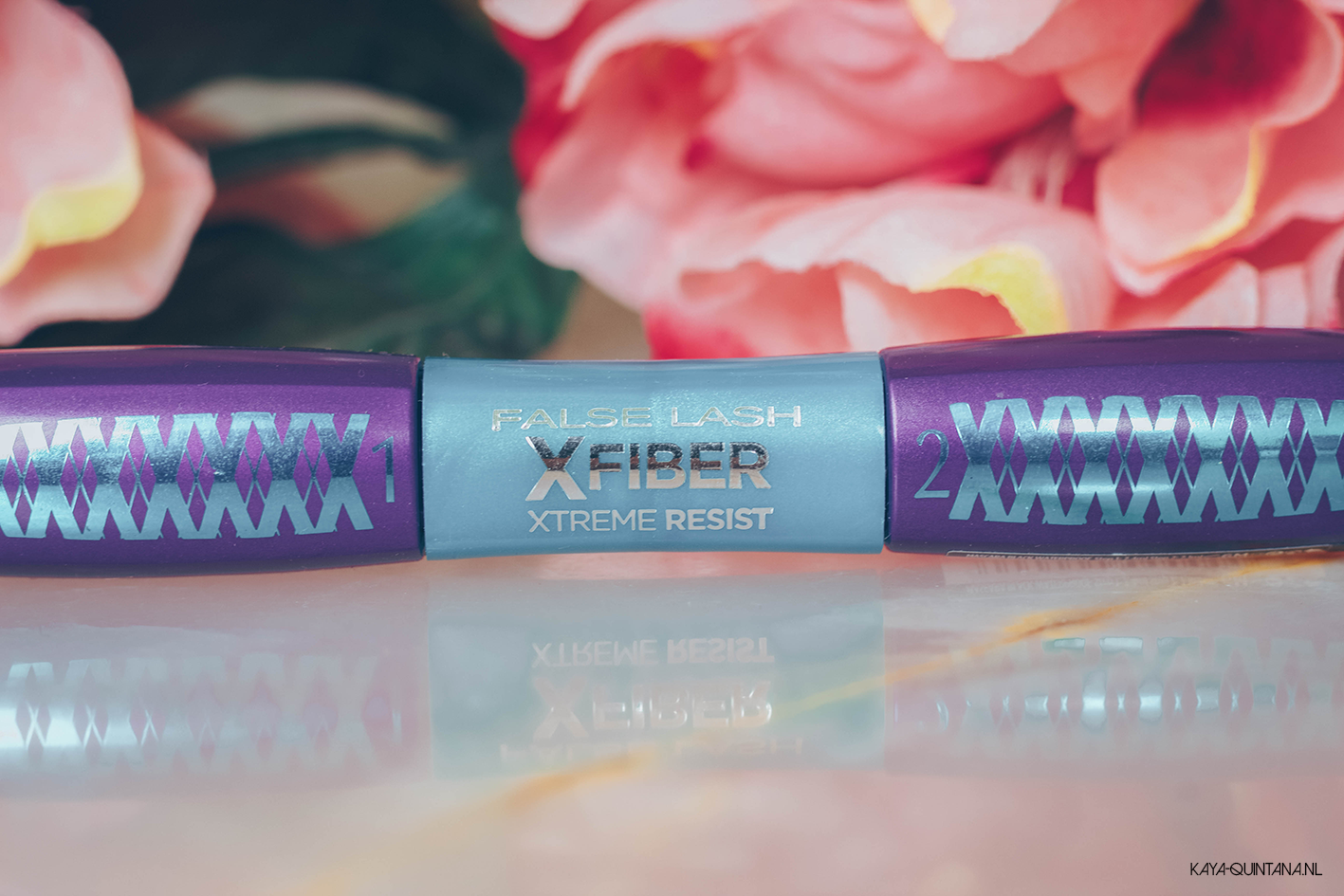 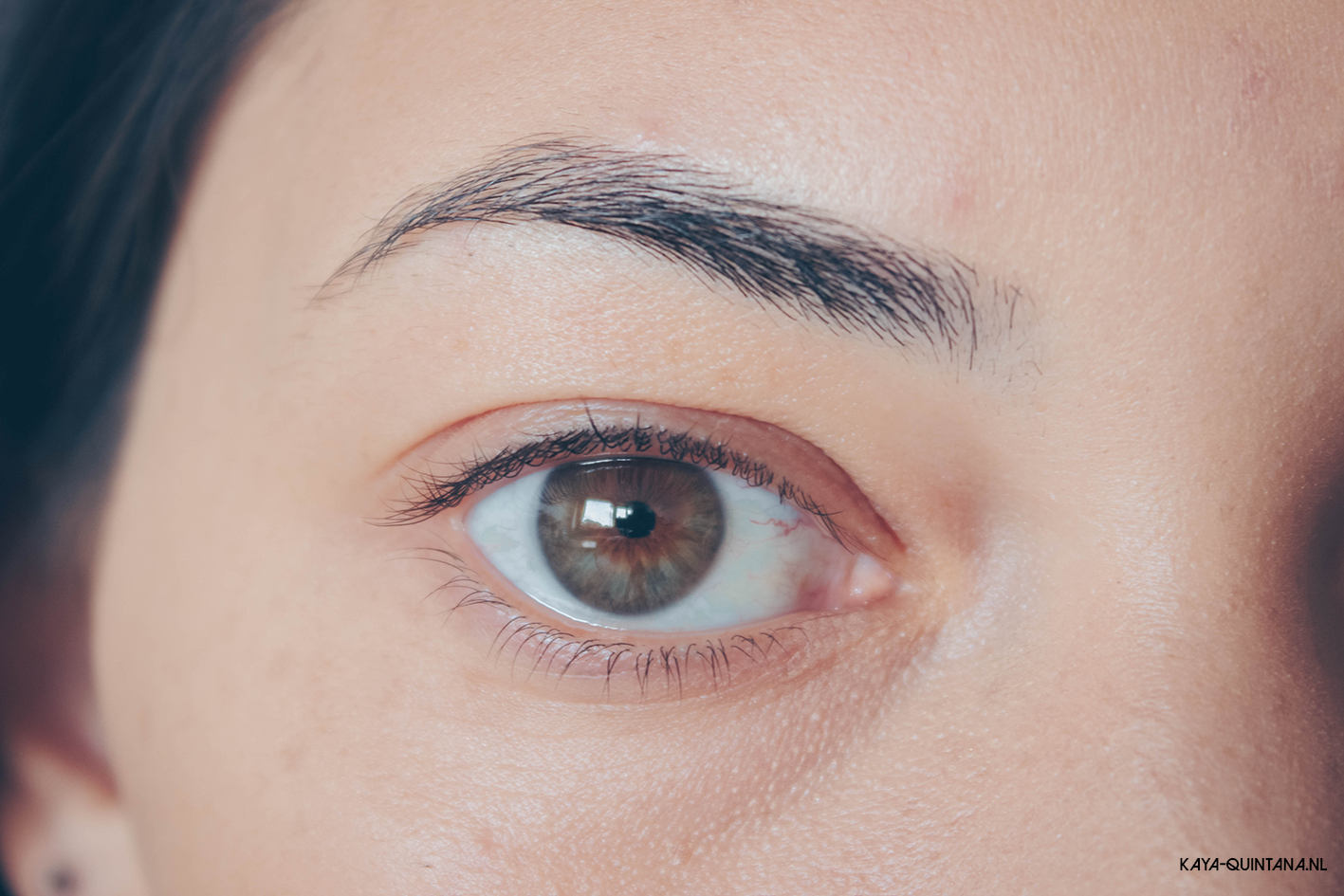 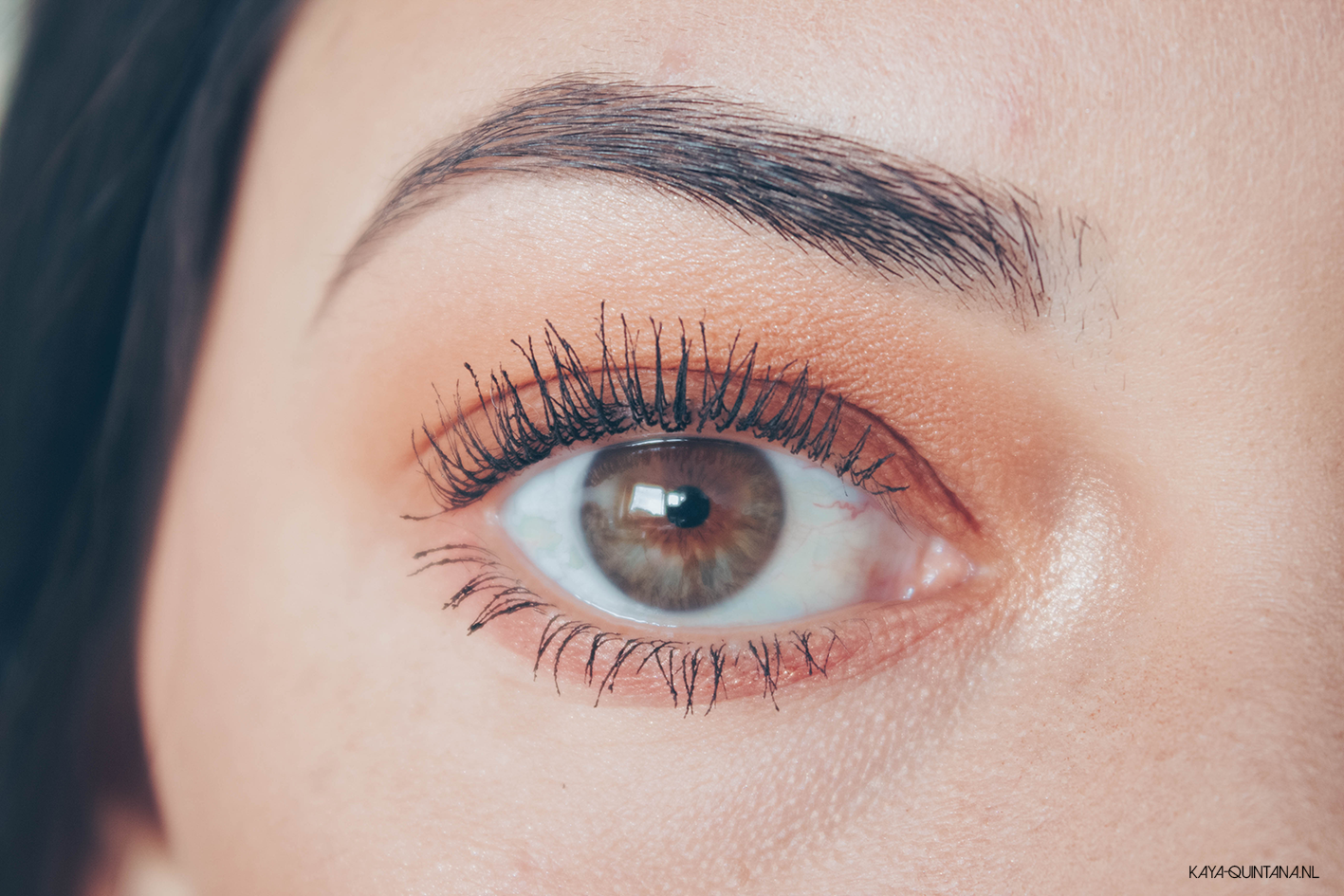 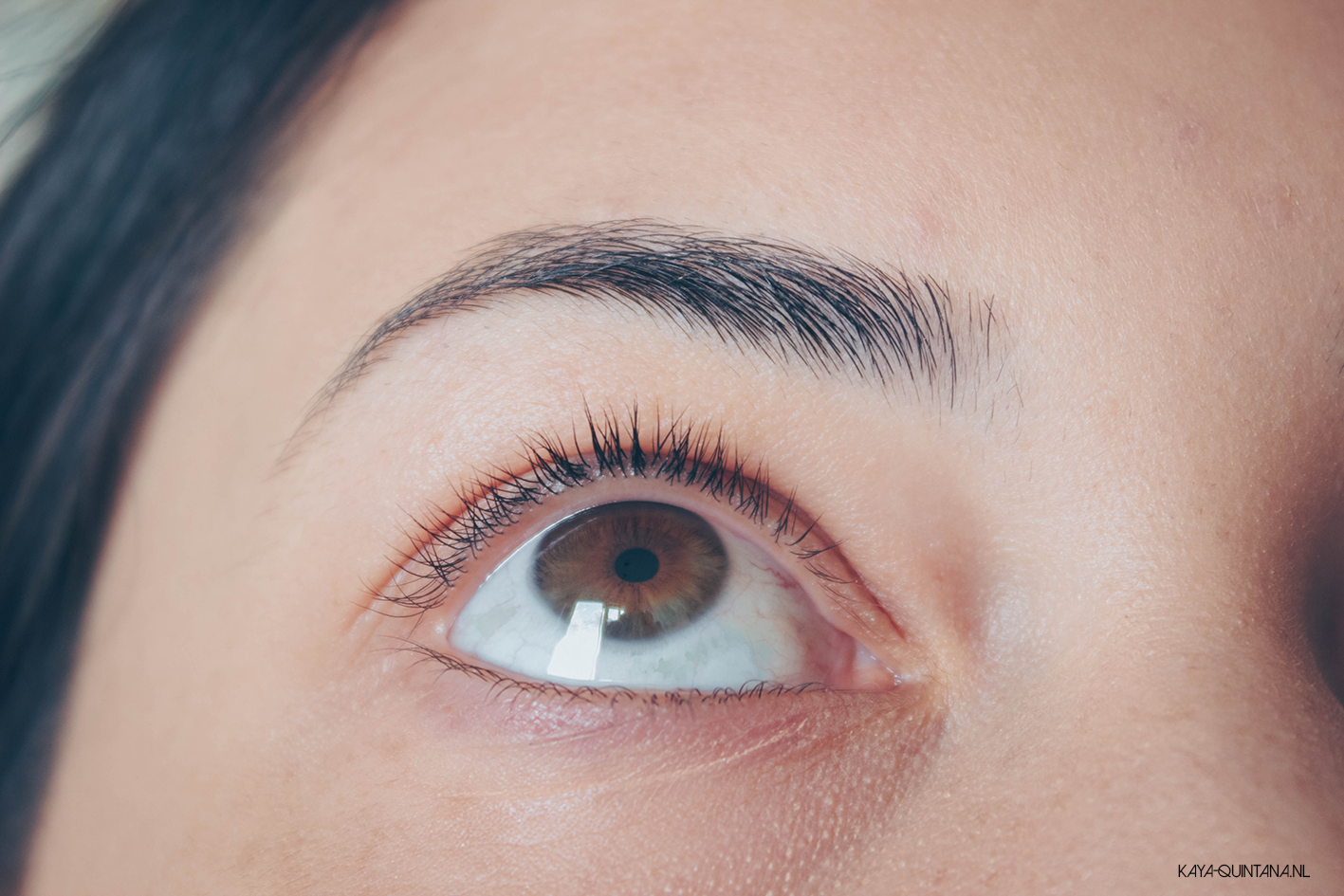 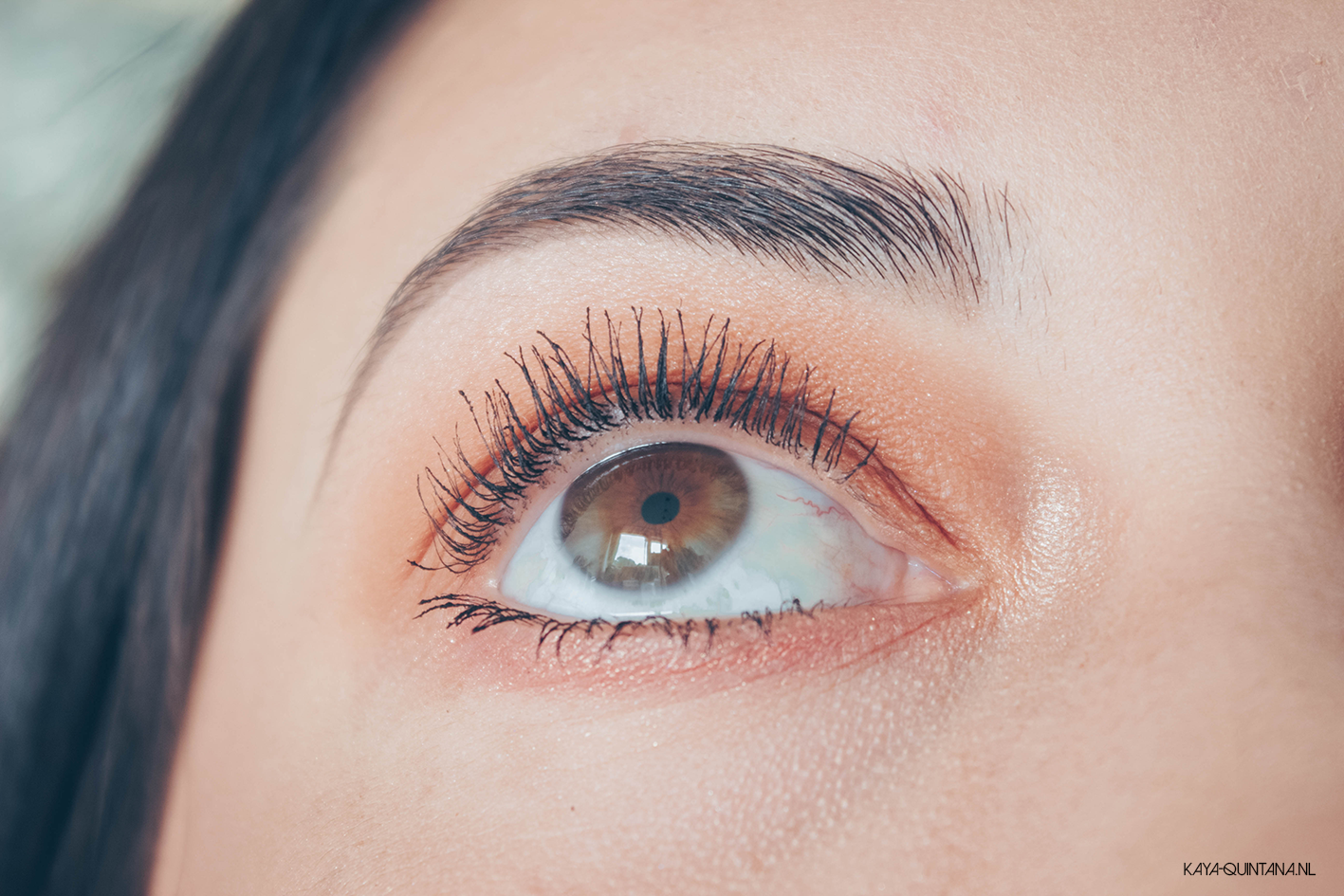 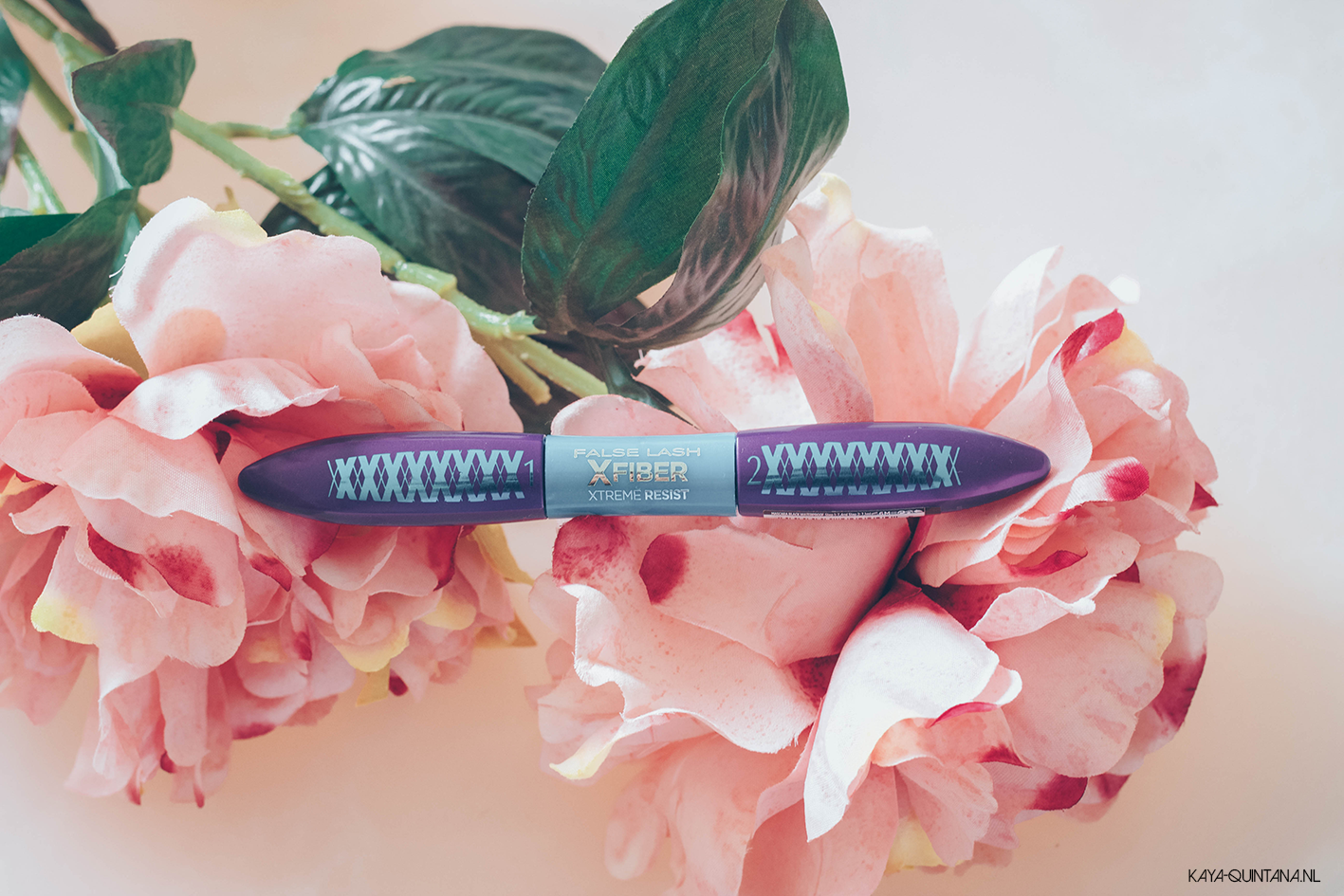 Make-up: Under makeup base van Inglot

A 3 day meal plan for Keto and intermittent fasting

Decluttering my wardrobe for fall